A Sea Beast is a sea-related miniboss added in Update 8, which can be spawned through certain Sea Events, Summon Sea Beast item, during Raids, and while fighting the Tide Keeper. Sea Beasts come in different color variations, such as green, brown, red, and blue. The total health of the Sea Beast depends on the level of the player who spawned it.

In order to damage a Sea Beast, the player has to use moves. NOT simple melee/sword tap hits. Some moves do not work on/damage Sea Beasts, most notably single-target attacks (such as Shadow's C move nightmare leech).

In update 14 some rumors started to show up, "Turning on Observation decreases the sea beast spawning chance." and "Sea beats don't spawn at night." It's not true and all of them are just lies,

Keep in mind; at 10m bounty you obtain the Summon Sea Beast ability. It can be used for sea fights and the sea beast has 20k hp and it has no drops.

If a Sea Beast is not spawning, try:

Observation and Enhancement does not affect Sea Beasts spawns, it is a rumor that is false. 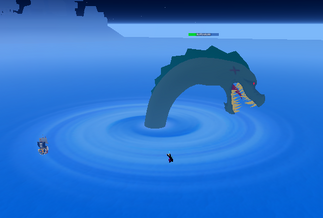 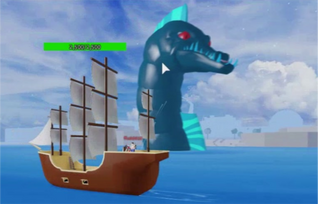